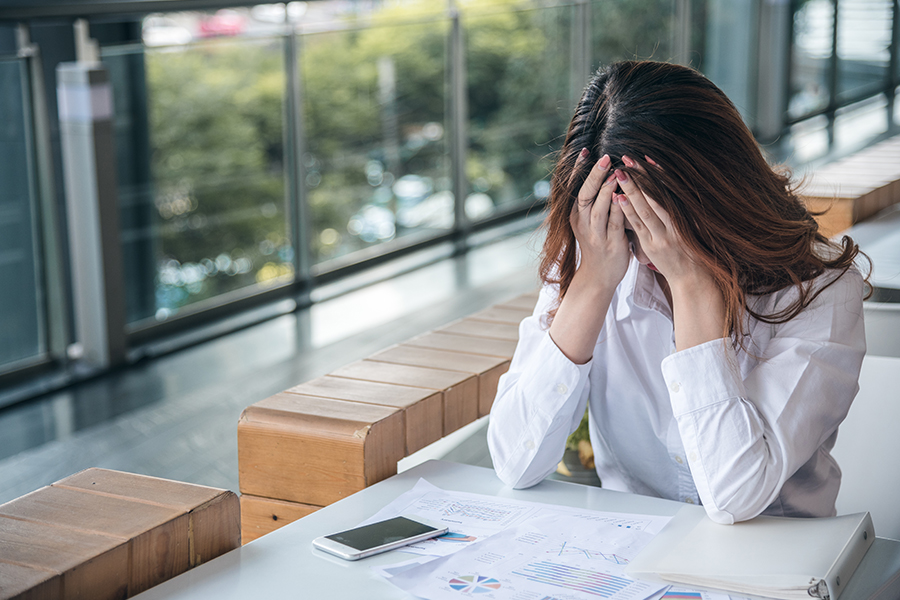 In today's workplace, it is a social trend for workers to have a variety of evolving real-time communication software to help them communicate and coordinate at work. The Instant Messaging (IM) software LINE has played an important role in the trend of responding to the real-time needs of the public to improve government effectiveness. However, because of its immediacy and convenience, government workers often receive a high volume of messages. There is a lack of relevant and objective research data on the impact on civil servants’ perceived experiences of their work under such a workplace norm as a basis for promoting the use of LINE in the government sector. To address this gap, this study examined the relationship between online social anxiety, Line cognitive fatigue (LCF), perceived information overload of instant messaging (PIOIM), and job engagement among civil servants based on the media richness theory.

Through an online survey, civil servants participating in on-the-job training in the government sector were invited to voluntarily complete the online questionnaire. A total of 429 valid questionnaires were collected and analyzed using structural equation modeling. The results of the study revealed that online social anxiety was positively correlated with LCF and PIOIM. Respondents with higher LCF and PIOIM were less likely to be engaged in job activities. Online social anxiety was negatively related to job engagement mediated by LCF and PIOIM. It is an important issue to consider the flexibility of using IM for communicating about public affairs with civil servants; the flood of messages has to be reduced in order to increase job engagement.

With the development of mobile devices and the ease of access to the Internet, high performance messaging with rich information has become possible. Instant messaging software is an online chat technology that allows users of cell phones, tablets, and other devices to send instant messages over the Internet. In response to the public's need for instant responses, many governments are encouraging civil servants to use instant messaging software. In Taiwan, LINE is a popular instant messaging platform, with 75% of the population using it. It is also very common in the government sector for communication, coordination, and even execution of work by civil servants, as LINE offers a wide range of features such as multiple languages, emojis, and immediate personal interaction and group discussion.

Despite the widespread adoption of LINE, the experiences, behaviors, and effects of LINE as used by civil servants at work have not been extensively studied. Thus, the main purpose of this study was to examine the factors influencing the use of LINE by public personnel. According to socio-emotional and socio-cognitive process theories, the use of these instant messaging platforms affects an individual's information processing and perception of content. Therefore, this study focused on the LINE platform to investigate the effects of online social anxiety, perceived information overload of instant messaging (PIOIM) and Line cognitive fatigue (LCF) on job engagement. The results of this study are expected to provide some basic concepts for civil servants to adopt LINE, such as reducing socio-affective stress and socio-cognitive load in order to improve work performance.

Instant messages (e.g., LINE messages) can create user expectations and involve necessary interactions with colleagues, but social interactions are also a key factor in social anxiety from a psychological and physiological reactivity perspective. Social anxiety has been conceptualized as a negative cognitive and affective response to social contexts. When social anxiety arises, it results in increased attention to irrelevant information and slower processing of information. In addition, because civil servants often receive large amounts of information, they may experience message overload, resulting in important messages being ignored or even having to suspend their work to process messages. Moreover, the continuous psychological operation on social networks leads to online cognitive fatigue, where motivation, emotion, behavior, and experienced outcomes are related to each other. This study is concerned with the relationship between perceived cognitive fatigue and its impact on job engagement in work environments in which civil servants use LINE. The conceptual framework of the study is presented in Figure 1 based on the relevant literature.

This study used purposive sampling, with frontline civil servants in the government sector who use LINE as the research subject group and those who attended government human resource development training courses as the invitees. The results of the study showed that online social anxiety was positively associated with LCF and PIOIM; subjects with higher LCF and PIOIM were less engaged in their work; and online social anxiety was negatively associated with job engagement due to the influence of LCF and PIOIM. In conclusion, civil servants with high online social anxiety perceive information overload and cognitive fatigue when using LINE, which hinders their job engagement. Therefore, when considering the use of instant messaging software as a medium for communicating public affairs among civil servants in a government setting, it is important that the flood of messages be reduced in order to increase job engagement. 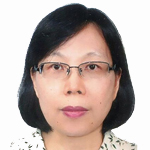 Dr. Hwang is an Emeritus Professor in the Department of Adult and Continuing Education. Her research interests include adult psychology and adult continuing education curriculum design. In recent years, she has devoted herself to the development of digital game apps to promote science education to the public. In addition to holding several patents, she has been awarded for her research publications by the Ministry of Science and Technology (MOST) in Taiwan.